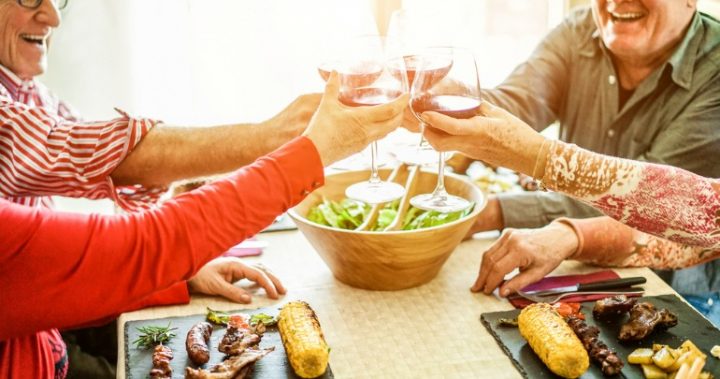 Instead of retiring, imagine starting your own online business and working from anywhere in the world, just like those pesky millennials.

Believe it or not, Aussie baby boomers are expected to contribute an additional $11.9 billion to Australia’s GDP in retirement ventures, specifically by starting online businesses.

A new report released by the NBN network sampled 1200 seniors in April this year and from that, found that two-thirds of them were already going online to earn and income or supplement a current income.

“More than half of them are using the internet to pursue passion projects – that’s relatively high but it’s not all about money,”  said Dr Alex Maritz, La Trobe University professor of entrepreneurship.

The research found 14,000 new businesses were expected to be started by baby boomers – more than double the start-up rate of their Gen Y counterparts.

The Silver Economy report revealed retirees were embracing technology with 67 per cent going online to earn a dollar, 58 per cent used the internet to pursue passion projects from home and 37 per cent were jumping online to connect with their community through volunteering.

As for why baby boomers were eschewing lounging on a beach enjoying retirement in favour of kick starting a start-up, Dr Maritz said: “We know that seniors are either pushed or pulled into entrepreneurship. When they see an opportunity out there where they can utilise skills they already have, they’re often compelled to still participate in the workforce.

“They’re also pushed by necessity – we’ve seen that a lot of things are changing in the way the government are funding retirees so by necessity these people are pushed into entrepreneurship and have no other option but to supplement their income.”

From July 1, over the next six years, the age at which you can qualify for the pension will rise by six months every two years.

“Australians are living a lot longer than we were 30 to 40 years ago,” Maritz said.

“Many retirees are not ready to hang up their working boots (and) are jumping online…in the hope of bolstering their retirement earnings and staying active.”

Last weekend’s Australian Leadership Retreat also revealed that in the next decade or two, half of the world’s four billion jobs would be eliminated by technology.

“We’re living longer and there are a lot more seniors so purely by default there will be more start-ups,” Maritz said.

Maritz offered the following advice to retirees who may be contemplating starting an online business: “You must be true to yourself and willing and able to be self employed because not everybody is an entrepreneur. There’s a lot of uncertainty and risk involved.”

He also recommended connecting with like-minded individuals, i.e., other entrepreneurs who weren’t necessarily in their own age bracket.

“We found a lot of these 60-plus-year-olds can contribute to the benefit, value and impact to the start-ups of young people,” he said.

“They’re generally more capable with superior managerial skills because of their experience.”

If you were to start an online business, what would your start-up be? 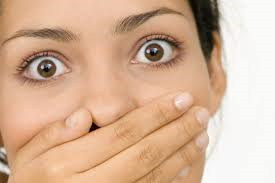 The words that you use with customers can help you communicate effectively…or can sometimes generate bad feeling.

Your tone of voice makes a huge difference to the way your message is received. Keep your voice friendly, actively listen to what the customer is saying and show your interest by little nods of your head or words like ‘I see’.

Are you guilty of saying any of these negative phrases to a customer?

Positive way to handle the problem
‘That’s most unusual. Would you mind telling me exactly what happened?’

Positive way to handle the problem
‘How can I help you, Mr Smith?’

Explanation: Never tell the customer they are wrong! Assume the blame for not understanding the problem to avoid an all-out war. (You will NOT win!)

Explanation: This infers that the customer is a first-class whinger.

Positive way to handle the problem
‘Would you mind telling me what happened?

Explanation: This infers that there’s a problem within your team and you are trying to fix the blame onto someone.

Positive way to handle the problem
‘There seems to be a misunderstanding. Would you mind telling me what happened?’

Explanation: As far as the customer is concerned, it IS your job! Whoever answers the phone or is on the desk IS the organisation to the customer and is responsible for helping the customer.

Positive way to handle the problem
‘Please tell me how I can be of assistance and I will make sure that (the nominated person) gets back to you on this.

Explanation: The customer doesn’t HAVE to do anything. If you want their business, you HAVE             to look after them.

Positive way to handle the problem
‘Would you mind…?’

Explanation :This is like a red rag to a bull. Give the reasons for the policy and you will generate understanding instead of thoughts of murder. Most importantly, tell the customer you want to help them…and mean it!

Positive way to handle the problem
‘The reason for this policy is ….. I really want to help you fix this problem. How do you think we can reach agreement?’
Note: Always work within your policies and procedures.

Follow these simple guidelines and you’ll find that your customers are much nicer to work with….and they keep coming back….and your business continues to flourish…and your staff keep their jobs…need I say more?

This is an excerpt from the course ‘Customer Service Magic’ soon to be available as an ebook. 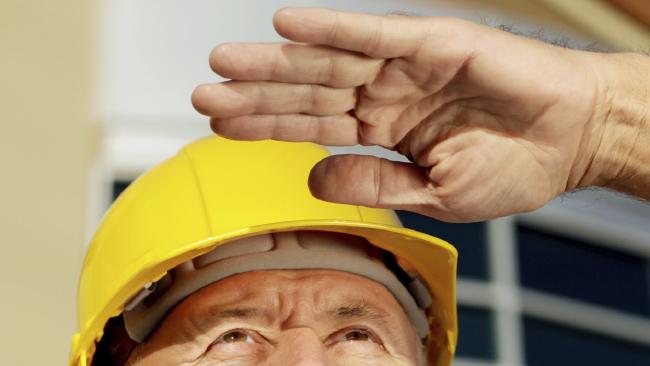 You can’t help getting older but you don’t have to get old. You’re too old to be working… apparently

According to bosses at Queensland’s Gladstone Power Station (GPS) if you’re aged over 55 years, keeping you working would negatively impact upon productivity because you’d be too old to meet the “challenging changes”. This is ridiculous, depressing and somewhat offensive!

However, while Starts at 60 cannot comment on how justified GPS is in making such a decision, it does raise the issue of age discrimination towards older workers.

The Productivity Commission’s report on ageing in Australia clearly identifies we are living longer. You still have at least another 30 years in front of you by the time you hit 60.

The same report has also placed increasing the age at which you are entitled to receive the pension on the agenda, proposing lifting it from 67 years to 70 years, by saying it would boost your participation in the workforce by up to 10 per cent.

But at your stage of life you’d have to ask yourself: ‘What’s point of making people like me work longer if there are no jobs available?’

It appears that the good old cliches about older workers are still getting a run, which is disturbing — especially in the GPS example where your ability to cope through change is the biggest issue. Are you not a demographic that has endured a lot of ‘change’ in your lifetime already?

What employers perhaps aren’t considering is the great benefits of having more mature-minded employees on their staff. Consider your skills, your level of output, your ability to remain loyal (gone are the days of staying in a job for 20+ years), the knowledge transfer you have, and your ability to lead. To say you have nothing to give after age 55 is outrageous.

Are you still actively involved in the workforce? What do you think of statements like this?

We’d love to hear your story. 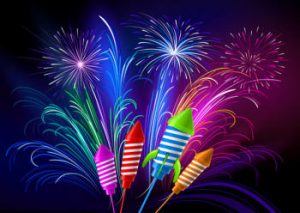 One of the biggest problems with newsletters is that they don’t have any appeal to their readers! Who cares if the CEO is shown on the front cover with his suit buttons straining over his more-than-ample paunch? Or a photo of a boring meeting is regurgitated?

In most cases, newsletters are written by people who draw the ‘short straw’ and who don’t understand how to write ‘reader-based’ newsletters – they simply write from a bunch of notes without giving a hoot about their target audience.

Client newsletters build customer loyalty, while corporate newsletters are a brilliant tool for building staff morale and keeping staff informed about the latest developments within the organisation. Here are some tips to get your newsletter on the ‘best-seller’ list:

Before you start, consider the following:

Providing an email newsletter for clients or staff is both cost and time effective. It also shows that you’re a leading edge organisation.

Here are a few tips to make an impact:

Tips for a brilliant newsletter:

Okay, so you’ve written an amazing newsletter. Now, what do you do?

Design a simple survey to send to readers to ask for their feedback (both positive and negative), as well as suggestions for content and material for articles, interesting photos (conferences, training sessions, etc.), brain teasers and other information.

Measure your responses, so that you’ll know what your target audience want to read in the next newsletter. Keep in touch with your clients to build your relationship with them…and to build your business.

Are you all fired up to start your own newsletter now? Do you have any suggestions to add to our list of tips? We’d love to hear from you. 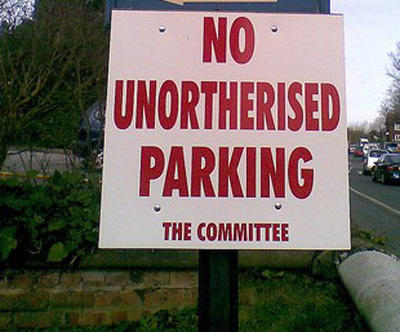 Have you ever received a business letter, proposal or email that looks as if it was written by a seven year old? Spelling errors like the one in this sign are inexcusable with spellcheckers readily available.

But, what about words that sound similar but have totally different meanings? For example: ‘I’d like to except your offer’ , or ‘I have 10kgs of access baggage’. Oops!

These tricky words are called ‘homonyms’. You may be a brilliant CEO, manager, vet or builder, but if you write bloopers like the examples we used above you’ll leave a poor impression on your clients.

Spell checkers and grammar checkers don’t recognise incorrect use of words such as the ones listed here. That’s why we’ve developed a ‘cheat sheet’ of the most common words that are used incorrectly. Print it out and keep it near your computer for easy reference when you write your next email. We’ll add to this list as weeks go by, so stay tuned.

What can we write for you?

Email now for a quick response

What do you need?